Celebrating the post-exploit Unpause of Beanstalk on its first birthday. 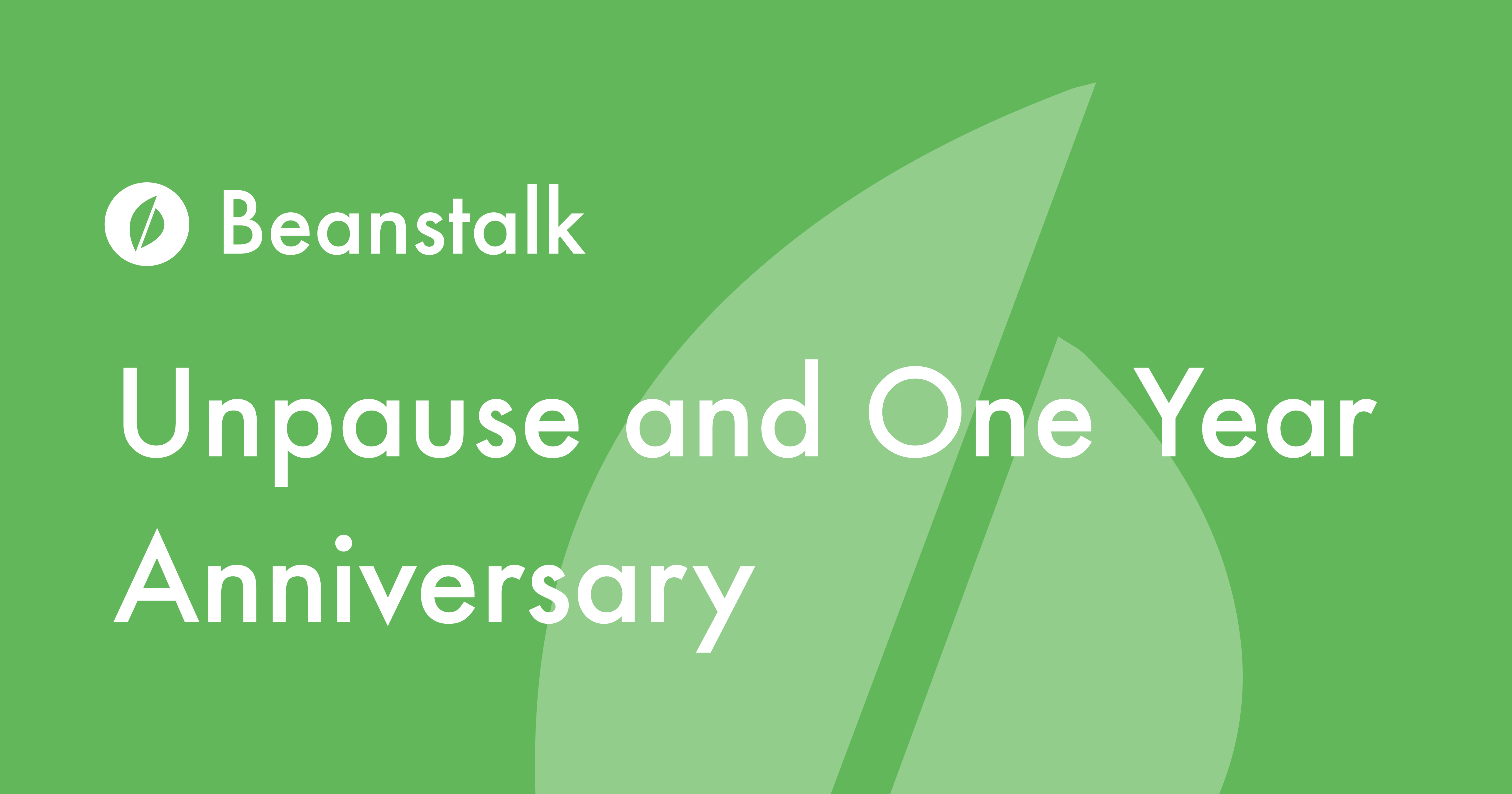 Today, Beanstalk Farms is thrilled to announce that Beanstalk has been Unpaused on the one year anniversary of its initial deployment.

Beanstalk was initially deployed to Ethereum mainnet on August 6, 2021. In the ~8 months that followed, Beanstalk organically grew to $100M in market cap and attracted $144M in long-term incentivized liquidity until the governance exploit on April 17, 2022. Since then, Beanstalk Farms and Bean Sprout have worked with the Beanstalk community to prepare the protocol for a safe Replant and Unpause.

Now, the Beanstalk experiment is out in the wild once again. It’s impossible to predict how it will perform, but Beanstalk Farms’ belief in the possibilities for a permissionless fiat stablecoin is unwavering.