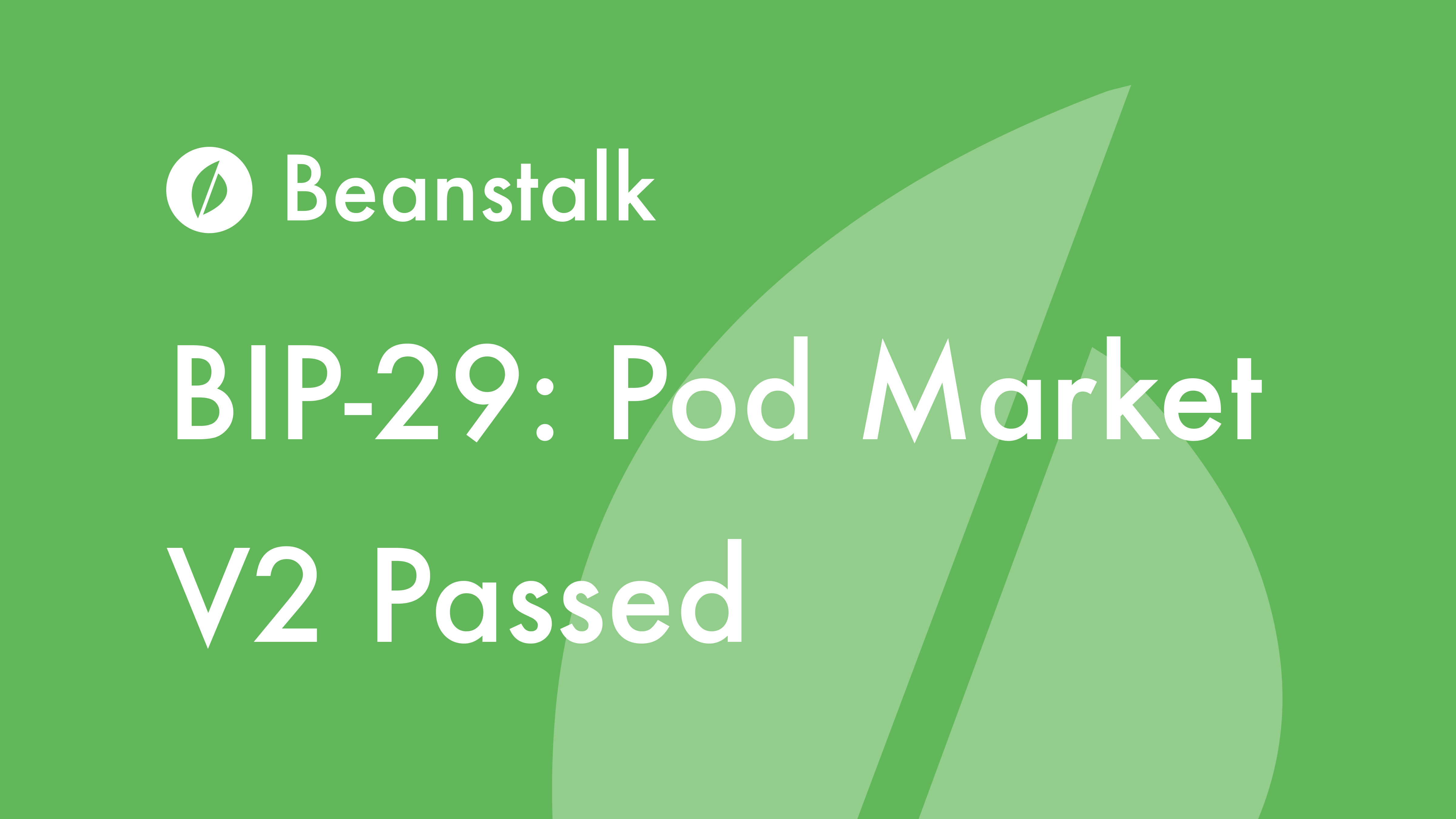 Beanstalk Farms is pleased to announce that BIP-29: Pod Market Price Functions has passed by a vote of the DAO.

Now that Pod Orders and Listings can be dynamically priced, market efficiency and depth should improve. Pod Market V2 functionality isn't yet live on the Beanstalk UI but will be rolled out over the course of the next several weeks and months.

Beanstalk is a decentralized protocol that allows anyone to realize the value of an open, permissionless fiat stablecoin. The Beanstalk community of lenders, borrowers and savers secures a protocol-native stablecoin, Bean, with the goal of creating the world’s most accessible digital money system. By eliminating collateral requirements, Beanstalk can be the catalyst for a trustless money that unlocks the potential of decentralized finance for everyone. *