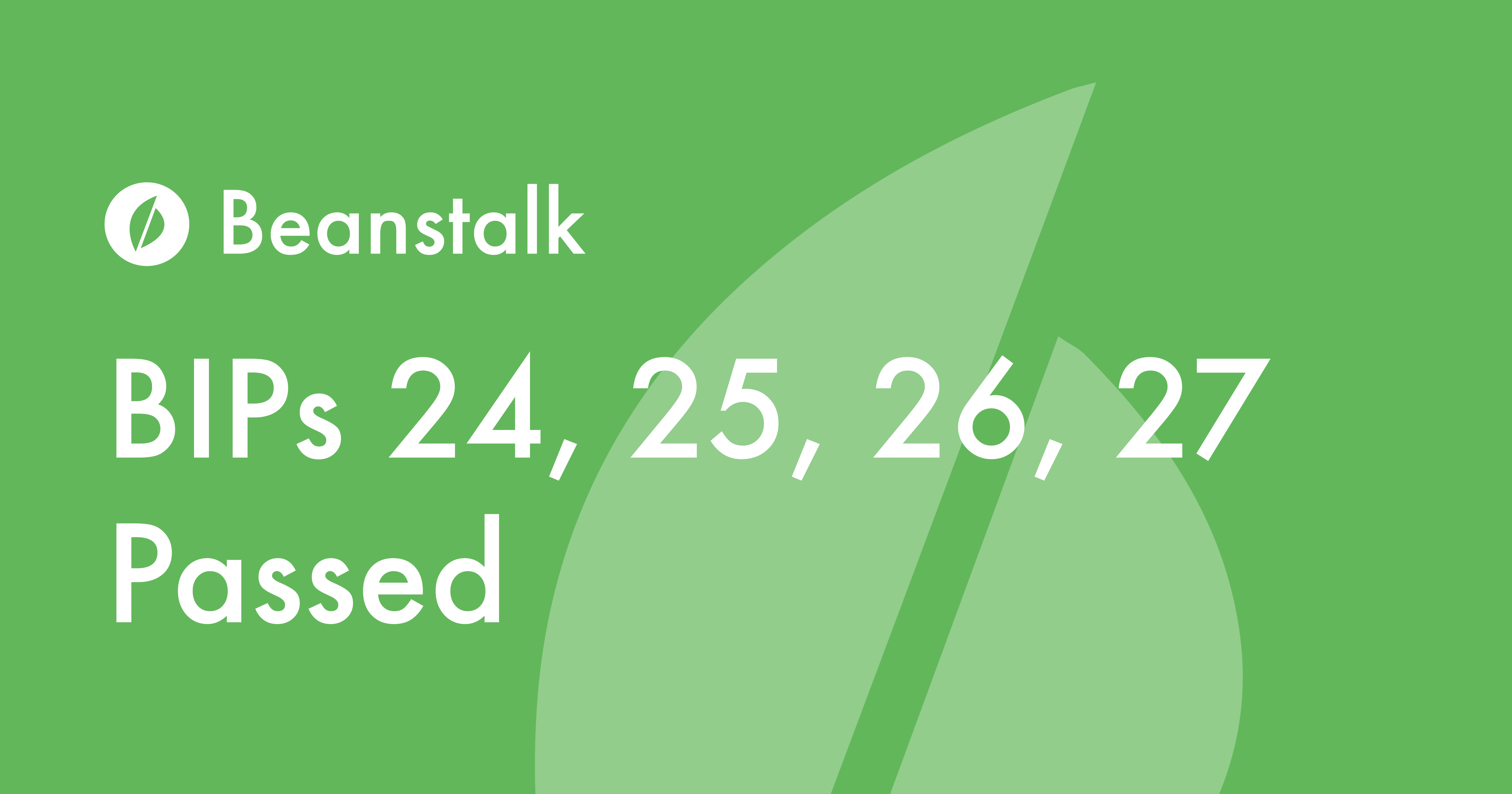 BIP-24 was proposed by Root Labs in order to improve interoperability of the Silo and enable a future fungible Deposited BDV token contract.

BIP-24 is the first instance of an entity other than Beanstalk Farms or Bean Sprout successfully proposing a BIP to the DAO.

Beanstalk Farms is a decentralized development organization supporting Beanstalk. The Q4 budget of 1,000,000 Beans for the remainder of Q4 will allow Beanstalk Farms to focus on fulfilling a number of objectives across five primary workstreams (security, on-chain development, middleware development, frontend & design and content, community & marketing). Below is a selection of these objectives, with the full list available here:

Security is paramount to the success of Beanstalk. Immunefi is crypto’s leading bug bounty platform that many other well-known DeFi protocols use to facilitate their bug bounty programs. This bounty program is competitive with the largest programs currently on Immunefi, making it likely to attract whitehat hackers.

BIP-26 establishes a method for the reporting and fixing bugs in a way that minimizes the risk to Beanstalk between the report and the fix, as well as the fair and transparent compensation for the reporting of bugs. The program gives bounty hunters a clear process and structure in order to increase the likelihood they attempt to find issues with Beanstalk and its related contracts and code.

Bean Sprout is a Beanstalk accelerator program that facilitates rapid development on and around Beanstalk in a decentralized fashion. The Q4 budget of 100,000 Beans will allow Bean Sprout to focus on fulfilling a number of objectives: